John Riedel and Anderson Grant are testaments to the multitude of possibilities available in manufacturing careers. Recently, we had the honor of celebrating both John and Anderson for reaching their 20 Year Employment Anniversaries at a company celebration. Below, learn about John and Anderson’s invaluable contributions to our team over the last 2 decades. 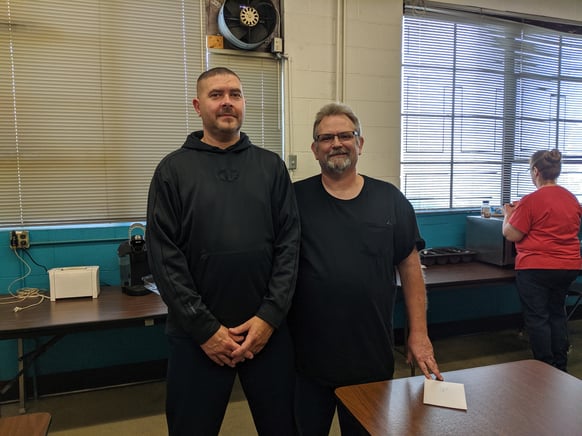 John Riedel has served in multiple roles throughout his time at General Die Casters. He began his career as a die cast operator before he transitioned to assisting 2nd Shift Manager, Jim Schmidt in the trim operation. When the expansion of our CNC operation occurred in 2000, John was selected to help make to it a success. He developed a strong understanding all aspects of CNC machining as well as cultivating a strong background in quality. This experience allowed him to advance to his current position as 2nd Shift Lead in our CNC Department. He enjoys mentoring new hires and helping shape the next generation of manufacturing change-makers.

“You don’t come into the factory thinking you will build strong relationships but you definitely do. I had tenured coworkers who took me under their wing when I started out and made me the worker I am today. I love being able to continue the legacy of those before me and mentor the new employees on my team”, says John.

"Not only has John given us 20 years of service but he has also had 17 years of perfect attendance! His incredible work ethic and drive to produce superior quality makes him an inspiration to us all."

Outside of work, John is a husband, step-father, and grandfather to three grandsons. He collects trains and participates in the Northern Ohio Garden Railway Society. Members of the organization meet monthly at various locations across Northern Ohio, where they conduct group business, plan events and build projects. Visit Corso’s Nursery in Sandusky or Crocker Park’s Toy Train Town this holiday season to see their incredible displays.

Anderson Grant has touched nearly every department at General Die Casters; including working in the blasting department, cast/trim departments and sanding. In his current role as First Shift Die Cast Operator, he not only makes castings, but trains the next generation on all of our operations. He has even become proficient running our new robotic cell. Anderson is very unique and valuable person that can literally perform any production operation in the company. Very few others can say that! 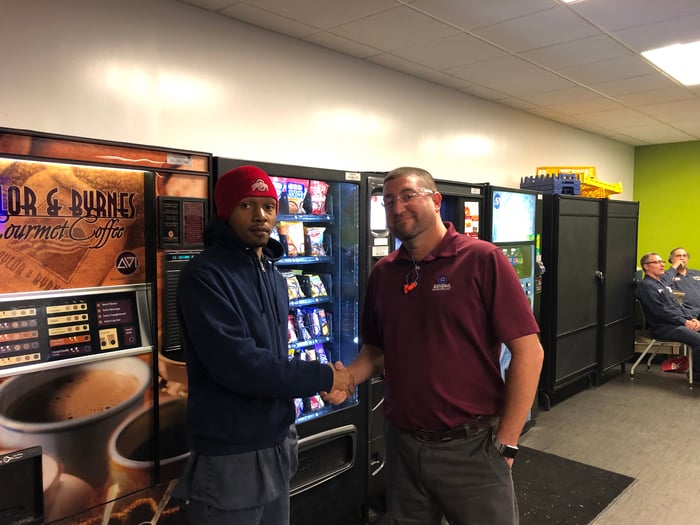 Anderson loves working in a fast-paced environment where he is continuously challenged to learn new skills. He attributes his tenure at General Die Casters to the stability it provides him and the supportive work environment exhibited from his co-workers.

“In most companies, it’s very rare to see employees who reach 20 years of employment. At General Die Casters, it is common to see people reach 35 years at the company. We have a work culture where there is mutual respect and support of one another. When one of us succeeds, we all succeed”, says Anderson.

“Anderson’s greatest strength is his meticulous attention to detail and quality of work. He is so detail-oriented and focused that he could be a successful jeweler as a side job!”

Thank you, John Riedel and Anderson Grant, for your dedication and service. At General Die Casters, we are proud that our employees see their work as both a job and a passion. Interested in a new career? We’re hiring at General Die Casters. Contact us below to apply.